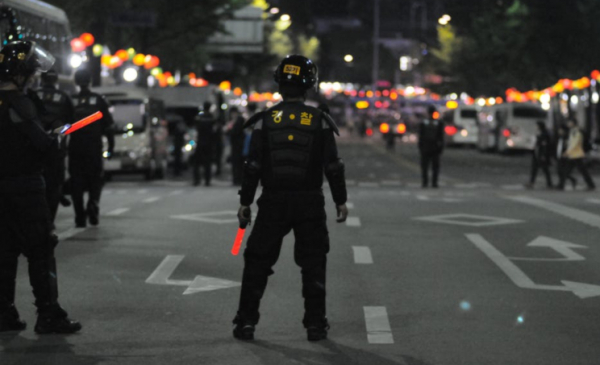 The chest and abdominal cavity hide the most important and vital organs, the damage of which can be fatal. This is why it is so important to effectively protect these organs against mechanical damage.

Firearms and melee weapons are lethal, which is why tactical vests are recognized today as one of the most effective ways to protect health and, above all, life. Where does their effectiveness come from?

Firearms are a weapon that can be lethal. The arms race between projectiles and effective protection against them has actually been going on for thousands of years. Bulletproof vests are an invention that is over 120 years old, however, they are really just an extension of plate armor, previously chainmail, and so on. Over the past two decades, vests have undergone a real metamorphosis and have started to change from heavy elements to more flexible ones. It was for this reason that vests began to move away from a heavy and uniform structure to one that protects specific body segments.

Tactical vests not only allow for effective protection, but also ensure proper and adequate mobility. Restricting the freedom of movement in a combat situation can have dire consequences, which is why tactical vests, in addition to protection, also provide full combat capability, which translates into offensive and defensive effectiveness.

What are ballistic plates and why do they play such an important role?

The main idea of tactical vests is to ensure maximum freedom of movement for its owner. To achieve this, such vests must first of all be light and flexible, which, however, introduces quite big problems in terms of protection against bullets. That is why such an innovative idea was to use ballistic plates in such vests, which play a protective role while ensuring flexibility. Replaceable ballistic plates have one major advantage – the possibility of influencing the effectiveness of protection, which translates into the weight of such a plate. For example, level 4 body armor can effectively protect against large-caliber bullets. Various plates give the possibility to find the right balance between weight and effectiveness in protection against bullets of various caliber.

Are tactical vests also resistant to attacks by melee weapons?

Melee weapons such as knives and machetes can be deadly, especially in the case of a trained attacker. Tactical vests are protective elements that are distinguished by the fact that they are also stab proof. Thanks to this, the vests effectively protect not only against bullets from pistols and rifles, but also against knives and machetes. A tactical vest or a classic body armor with replaceable AceLink plates can effectively stop both a projectile fired from a firearm and a cut or thrust with a melee weapon.

Therefore, tactical vests are the choice of all professionals, such as law enforcement, soldiers, security guards, etc. They are also very popular among all enthusiasts of firearms and military.

Tweet
Published in Company
More in this category: « Child psychiatry How Does SEO Cost in 2022? »
back to top